Your Own Secluded Private Resort In Paradise!

Villa Azul offers a relaxing environment to enjoy your stay in comfort and privacy. Relax while sipping your favorite ice-cold drink in your private pool or venture out to numerous restaurants, bars and shopping in nearby Red Hook. If beaches are your passion, two white sand beaches with crystal clear waters and bordered by coconut and sea grape trees are a few minutes’ walk away. Day sails, scuba diving, jet ski and power boat rentals are available at the marina complex next door. If you are looking for a little adventure, you can catch the St. John or Tortola ferry in Red Hook. If you choose Tortola, BVI, you will need your passport.

It is wonderful to stroll the streets of this charming old town, rich in architectural detail, historical treasures, and wonderful shopping. Take the time to hear tales of pirates and colorful scoundrels.

Find out why St. Thomas was nicknamed “taphus,” the pub house, since it’s early beginnings. Stroll up the ramparts of Fort Christian for an amazing view of the harbor. Visit historic house-museums for a glimpse of life in the Caribbean of the 18th century.

As with most Caribbean islands, the island of St. Thomas was discovered by Columbus on his second voyage in 1493. Never-the-less, Amerindian settlers had been traveling the Caribbean for at least 5,000 years prior to that.

According to archaeological studies, there were two main migration periods. The first from Mesoamerica across the Gulf of Mexico probably between 4,000 and 2,000 b.c.e. 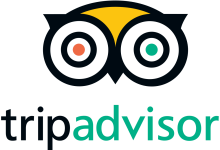